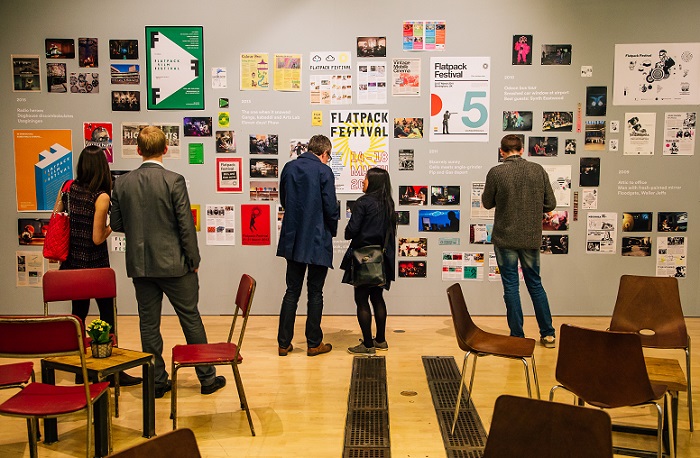 From February to May 2016, I worked as Marketing and PR Manager for the tenth Flatpack Film Festival. I have worked with Flatpack for seven festivals (2010-2016) on their marketing and regional press campaigns. Taking place from 19-24 April 2016, the festival also celebrated its tenth year this year.

An annual festival taking place across Birmingham, the tenth edition was a packed week of screenings, performances, installations, workshops and happenings. Highlights included screenings in a giant inflatable in Victoria Square, a celebration of Birmingham’s movie-going history and a performance from Pierre Bastien.

For the tenth festival from work included: